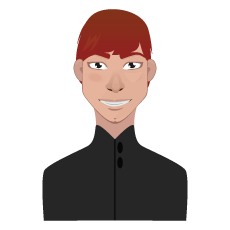 One day last summer, I got a letter in the mail that blew me away. It was a bill from my power company, and I couldn't believe how much power it said that we had used. I didn't know what to do, but I knew that we had to do something. That day, we made the decision as a family to reduce our carbon footprint by using less power. We started turning off the television when it wasn't in use, switching off lights, and eliminating extra plugged in appliances. It seemed like a big sacrifice at first, but after awhile we started to realize that it was going to make things a lot better. Check out this blog for ideas on how you can use energy more effectively.

Traditional gasoline powered vehicles release harmful greenhouse gases into the atmosphere and are subject to gasoline's volatile market price. Thankfully, there is a wide selection of different alternative fuels that are clean burning. Each type of alternative fuel carries with it a distinct set of advantages and drawbacks. Understanding what four of the main types of alternative fuels have to offer can help you decide if a vehicle powered by one of these clean energy alternatives is the right fit for your needs.

Ethanol is made out of organic material, most often corn, and is a sustainable alternative to gasoline. Ethanol can be blended with gasoline to reduce overall emissions without replacing the gasoline engine, which has made it fairly popular and thus easy to find. The main benefit of ethanol is the fact that it can be made in plentiful amounts very easily for an indefinite period of time: it is a truly sustainable fuel. However, ethanol can still be fairly expensive, as the cost of corn fluctuates with market movements much like gasoline does with the price of oil.

Biodiesel is an alternative fuel that is made out of a variety of different organic waste, the majority of which is usually some form of vegetable oil. Like ethanol, biodiesel can be blended with regular diesel in unmodified engines or used alone in traditional diesel engines that have been modified. As it is made out of organic materiel, biodiesel is completely renewable and sustainable as a fuel source. However, unlike ethanol, it is fairly uncommon. This lack of supply will drive up the price of biodiesel, which when coupled with the cost of modifying a diesel engine, may be prohibitively expensive for some vehicle owners.

Methanol is an alternative fuel source that is derived from wood. It is usually blended with a small amount of regular gasoline to create a hybrid fuel that burns cleaner and has an overall lower cost than gasoline. Like ethanol and biodiesel, methanol is a completely sustainable fuel source. However, methanol powered vehicles are no longer in production, and engines cannot be modified to burn it as a fuel source. This means that methanol burning cars and trucks will be expensive on the secondary market.